8 Actionable Putting Tips That Will Lower Your Scores FAST 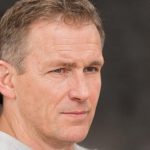 Make EVERY putt a 1 footer

If you want to lower your score, you’ve got to start thinking like a pro. The best thing you can do is to start practicing like a pro. How? By instead of trying to sink a 12 footer, imagine that you are standing 3 feet away.

It sounds easy, but this is harder than you think. Try it for the first 10 putts you make.

Then jump back to 12 feet. You will find it remarkably easy to sink a 12 footer now.

Outside of 8 feet distance/speed control is king

Any time you’re inside 8 feet of the cup, you want to think about hitting the ball hard, and thinking about shooting your speed.

If you’re not generating enough speed on a putt that’s outside of 8 feet, you’re not hitting the ball hard enough. Speed is the dominant factor in any golf shot, and it’s the one thing I think people put too little emphasis on.

Instead of focusing too much on the distance of the putt and what kind of length you need for the next shot, you’re instead looking at the speed and how well you hit each putt.

A great tool that I tell people to use is a speed gun.

View the line from the low side

The first step to becoming a better putter is to become a better putter-looker. Take a long, hard look at how you see the line reading of the putt. Look from the low side, which will reveal any misalignment from the high side.

Having too much movement on the backstroke on your putts will disrupt your timing and increase deceleration. Many golfers don’t know that the putter only makes it back to the line they have looked at while standing behind the ball. Therefore, if you are looking at the turf, the putter will never be square to the target.

Eliminate this by visualizing the putt only from the target’s side. This allows you to see how much you are leaning forward and back while swinging.

If you backstroke is moving a lot, spend time during practice using a club length to check your movement. Then, try to get plugged into your putting routine as soon as possible so that you can eliminate any hesitation that creeps into your stroke.

Many golfers are so eager to get the putter to the ball that they lose all touch and feel. Stay hands-y while you putt. There is no need to back stroke and set up your putt.

Most golfers favor the right hand low method of putting, but did you know that others swear by the hand opposite their dominant hand.

The left-hand low method allows for a more natural set-up and alignment. A relaxed left arm and hand can help you swing the putter smoothly and last longer.

The one disadvantage to the left-hand low method is that when you set up, your eyes will be looking down along the shaft of the putter. This can make it difficult to see the line of the put.

The best bet is to try out both methods and see which is best for you.

Inside 3 feet, keep the hole in your peripheral vision

One big mistake that many beginning golfers and even some pros make is that they look at the hole from their stance. Keep the hole inside your peripheral vision at all times. The biggest variable on the putter is the path of your stroke. Stay focused on it instead of the target, and when you’re ready to execute the stroke, look at the hole and transfer your gaze back to the path before you commit to your stroke.

Always miss on the high (pro) side

People often miss putts on the low side of the hole because subconsciously they want to avoid being too long. The subconscious mind just wants to be safe, but this is the wrong approach when the goal is to have a perfect strike.

When you aim high, if you miss on the high side, you will be long. However, missing high does not seem like such a big mistake.

The “high-risk, high-reward” approach to putting is a good way to build confidence in your putting. Once you feel more confident, you are more likely to erase your bad putting habits, and you will start sinking more putts.

Consider lowering the breakpoint on your reads. If there is a break of 2 to 4 inches, then it is better to aim right at the hole to give yourself some margin for error. If the break is more than 4 inches, aim slightly high to protect against sinking the putt inside the cup and then keeping a tap-in…or worse.

When you hear the word breakpoint, it is a good idea to picture the word “read.” That is another important technique for improving your putting.

One of the biggest mistakes most average golfers make from the very first time they step on a green is leaving distance putts short.

A small little piece of advice that can have the biggest impact on your putt is this:

“Never leave a putt short”. By setting negative expectations, you’ll go into each putt expecting to miss it, so you’ll automatically aim longer than you normally would.

That expectation of failure all but guarantees that you’ll knock it past your marker.

Reason being is that a negative expectation means you’ll subconsciously assume that the putt is going to break one way or another, because you’ve already anticipated that it won’t go in. The good news is that you know exactly what to do about it!

The other reason why golfers leave their putts short is because of bad habits.

You know how you might pop a chip or pitch on your opening hole?

You’ll do that because you know that there are other shots coming that you need for par as well. Many golfers do the same with putts.

Any golfer worth their salt will tell you that the most important part of the game is scoring well on putts.

Putting is the easiest way to lower your scores. Investigate a little before you decide to go for it. Let's get started with the basics. One of the most important considerations you have to make is your stance. Which is fine, but there is much more to it than that.

In terms of preparing for the putting stroke, you need to take care of the following things.

The first one is the position you are in when you are playing the game. If you are not sitting in the right position, you will not be able to help your game. The most common error that you will make is to hunch down and lean in.

The way to fix this is to make sure that you are standing straight and upright.

This is the correct position and you should not deviate from it. A lot of people cannot help themselves. Maybe it's their upbringing or the way they have always played the game.

You need to make sure that you are completely comfortable with this position. Sometimes the best thing to do is to avoid all your bad habits right from the start by practicing where to position yourself.

The putting game is arguably harder to master that the other two fundamentals of golf “ the tee shot and the short game. You have to have a great stroke to sink the ball but you also have to have a great strategy. It is not just a matter of keeping the ball on the green. You need to make sure that you put yourself in a position every time you putt. It is similar to the approach shot if you will.

Look, I know you understand this definition but you have to take action! You have to create your strategy and then be consistent in sticking to it. While it may not work out every time you are on the green, it will work often enough to lower your scores and put you in a position to win the tournament.

You need to get to a point mentally where you are not afraid of sinking the putt. This will make a significant difference in your execution. Where you miss the most is where you think the most. This is the law of psychology. If you think that it is difficult to sink the putt, it will be.

One major thing to remember is to keep your routine consistent. I talked about this a little bit earlier in the post but it is paramount for you to have a consistent routine with your putting.